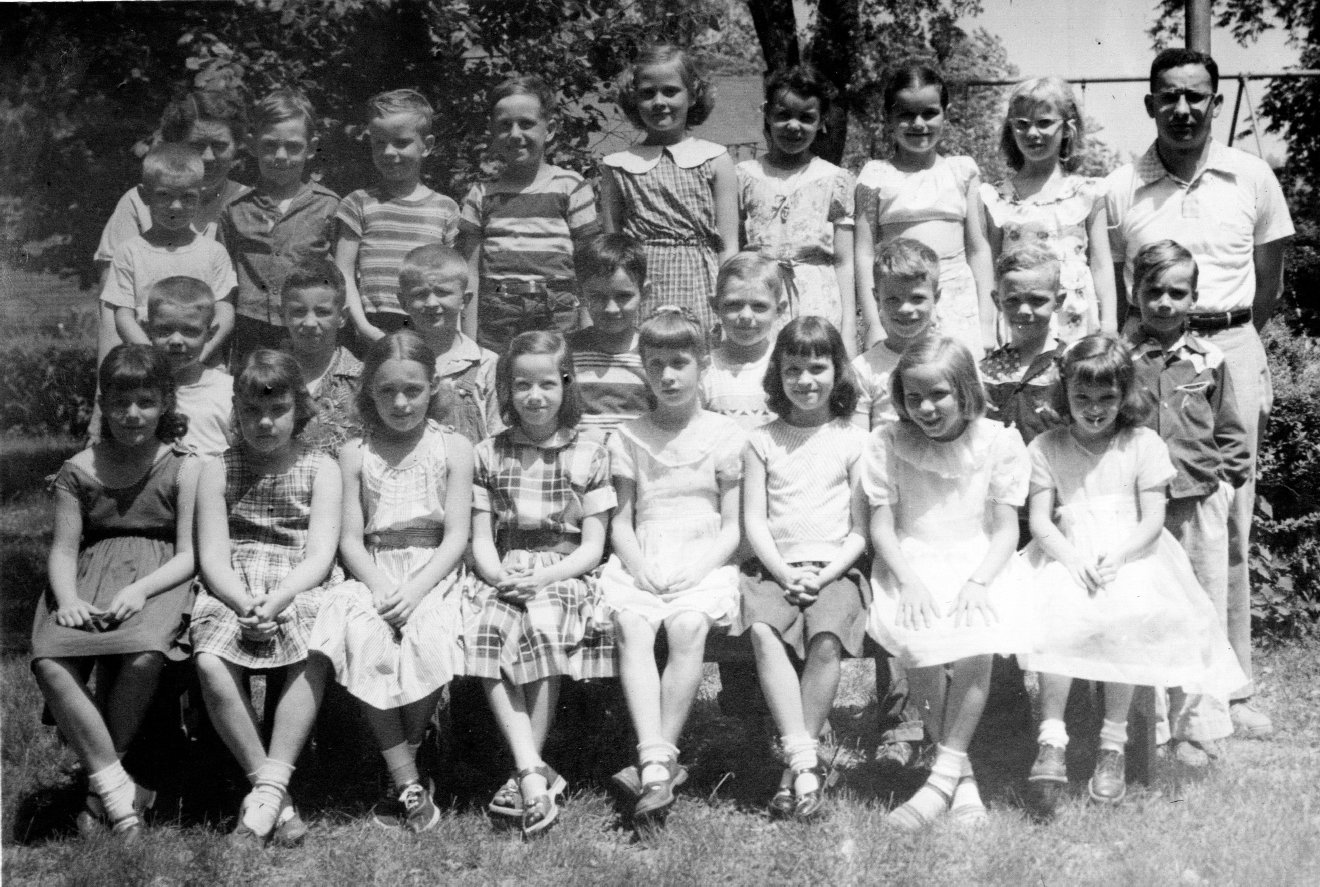 Arnold H. Zaeske was principal of Field Elementary School in Louisiana, Missouri when I was in the second grade.  After starting work on the 40th Reunion of the Class of 1963 of Louisiana High School, I was looking through my scrapbooks.  I found my second grade picture. (I'm the little dark haired guy almost in the middle of the picture)  I thought about Mr. Zaeske and did an internet search.  I found his name, made a phone call and Carol Zaeske, his widow answered the phone.  I told her I remembered her husband from about 50 years ago, which she said was before they met.  I sent her a copy of this second grade picture and ask if she would send me a picture of Arnold for this webpage and what you see below is what Carol sent me.  My sympathy to the Zaeske family, I will always remember Arnold Zaeske.
Charley Blackmore - June 11, 2003
Click to see pictures


Arnold became very active in the American Legion after retiring, in honor of his father who served in World War I in Germany.  Anold was a good husband and father.  His family came first.  Arnold was very active all his life until luekemia took his life.
Carol Zaeske - June 6, 2003 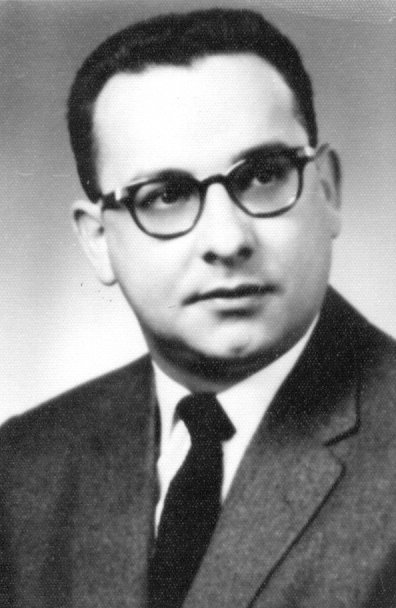 Arnold in 1957 right after we were married 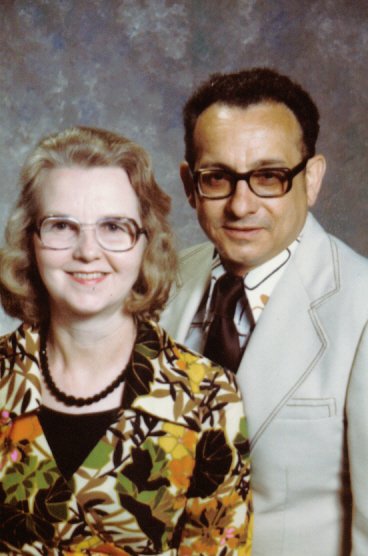 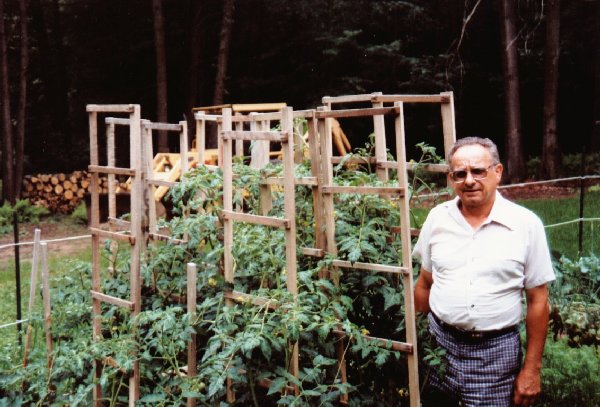 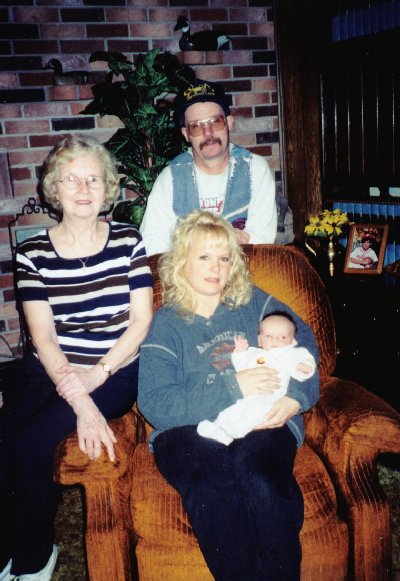 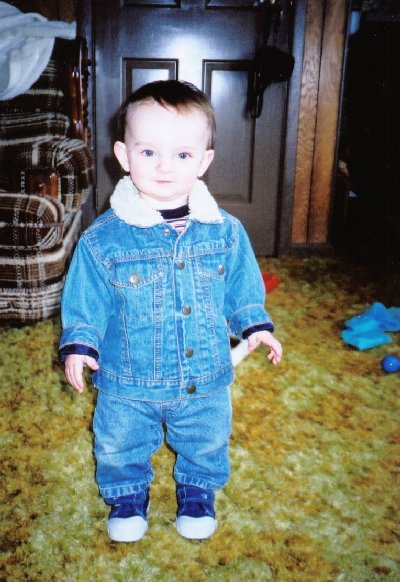 Alan was married after Arnold died.
He missed seeing his grandson grow up.
Children were his life - they took to him like glue!
Cody looks like his grandfather, Arnold. 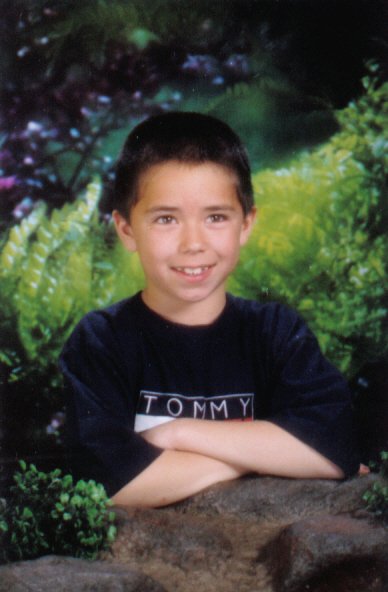 Dr. Arnold H. Zaeske, 70, of 156 Westwood Drive, Clarion, died Thursday, Aug. 21, 1997, in Northwest Medical Center at Franklin.
Born Jan. 26, 1927, in Peru, Ill., he was a son of Henry and Angela DuPont Zaeske.
He was a veteran of World War II, serving in the Quartermaster Corps of the United States Army from November 1945 to December 1946.
Dr. Zaeske was a professor emeritus in the elementary education department at Clarion University of Pennsylvania.
He earned an undergraduate degree in history and speech from Elmhurst College, a masters degree in speech and education from the University of Illinois, and a doctorate in education from the University of Missouri.
Dr. Zaeske published numerous articles in the field of reading in educational journals. He also presented in-service workshops in Minnesota, Ohio, Massachusetts and Pennsylvania on diagnosis, evaluation and corrective reading and learning problems. He also presented papers at international, national, state and local conventions in the field of reading.
His professional experience included teacher and principal in Louisiana, Mo.; teacher and superintendent in Wonder Lake, Ill.; graduate assistant in reading clinical work at the University of Missouri; reading education at St. Cloud State College; reading education at the University of Massachusetts; reading education and chairman of the education department at Clarion University.
Dr Zacske was a life member of the National Education Association, Phi Delta Kappa. International Reading Association, National Council of Teachers of English and Kappa Delta Pi.
He was president of the Central Minnesota Reading Council in St. Cloud from 1960 to 1961; president of Robert Frost Reading Council in Amherst from 1966 to 1967; president and a member of Seneca Reading Council in Clarion from 1969 to 1970.
Dr Zaeske also was a member of the executive board of Minnesota Reading Council from 1963 to 1965; delegate and treasurer of Phi Della Kappa in St. Cloud Chapter from 1957 to 1959; regional director of Keystone State Reading Association from 1968 to 1975; state president of Keystone State Reading Asso
ciation from 1977 to 1978.
He won The School Bell Award for best educational television series in Minnesota from 1964 to 1965 for a reading course taught on the Minnesota Educational Television Network. He also appeared in a number of Clarion University Theater productions, was a clown in the Autumn Leaf parades and played Santa for different organizations and private homes.
Dr. Zaeske was a member of the Sons of the American Legion Service in Pen, Ill., and played in the American Legion Band for 10 years. He was commander of the American Legion Post No. 66 of Clarion from 1986 to 1987, commander of Clarion County from 1988 to 1990, district commander for the 27th District in Pennsylvania from 1993 to 1995.
He served as a member of the National Selective Service System Local Board No. 77.
Dr. Zaeske was married Aug. 31, 1957, to Carol Mae Salo, who survives.
Also surviving are a son, Allan Zaeske of Clarion; a daughter, Mrs. Christopher (Angela) Gottshatl of Reading; and one grandson, Jordan Gottshall.
He also is survived by a sister, Mrs. Arthur (Irma) Meisenbach of Peru, Ill.; one niece; two nephews; and 10 great-nieces and great-nephews.
Visitation will be held from 2 to 4 and 7 to 9 p.m. Sunday in the Goble Funeral Home of Clarion.
Funeral services will be held at II am. Monday in the funeral home with the Rev. Harold 0. Jacobson officiating.
Interment will follow immediately in Clarion Cemetery.

Back to Louisiana High School Class of 1963